I mentioned these in my book, but really they merit a bit more of a shout as they are quite a different thing to grow than your average chilli and well worth trying. In fact they are very addictive to anyone who has tried them. They originate from Spain, where they are popularly eaten as tapas.

There are two fundamental differences between these and pretty much any other chilli you might grow.

1/ They are cooked and eaten whole, and not just individually but by the plateful. They might be a bit hot, or maybe not, but they aren’t really eaten for the pain, just as a tasty snack. Eat everything except the stalk.

2/ They are picked immature and therefore they are quick and easy to grow, and they will continue cropping all season as the plant will keep on producing new fruit quicker than if they were left on the plant to mature.

With regard to cultivating them, they should be treated just as you would any other chilli, but bear in mind that they want to grow big, and I mean up to 5ft tall given the right growing conditions, so put them in a huge pot, or in a greenhouse bed.

If you can get a couple of plants to this size then they will give you a frying pan full every couple of days, but maybe grow 3 or 4 plants just in case. They can go outside in a god summer, like the one we have just had in the UK, but really they need to be in a greenhouse, conservatory or polytunnel.

Picking them – They are picked immature, this means while they are still soft and green, up to about 2 inches long, but don’t be afraid to picke them smaller. If you leave them on the plant they wil grow to about 3 or 4 inches long and get pretty hot, and eventually turn red. The idea is not to let them do this, or the plant will produce less while it puts it’s energies into filling out the bigger fruit.

Cooking them – Toss them around in a hot pan with some olive oil, faff around with them a bit so they don’t get too burnt on one side, but it is fine for them to blacken a bit, that is the idea. A sprinkle of salt is optional, but helps to bring out the flavour. Once they are done, (maybe a bit more than in the photo below). they are ready to eat, but don’t burn yourself by diving in too early.

Tradition says that one in 30 is a hot one. This isn’t a completely random thing though, and you can predict the heat to a certain extent. The heat in a chilli develops when the seeds and placenta, to which the seeds are attached, starts to form. This is where the nack is to picking them. Once they start to become nice and shiny, and become slightly firm, and crunch when you squeeze them, they will have some heat. When they are small and leathery, they won’t. The trick is to pick them at or around this time, you wil soon get the hang of it. In cooler conditions and going into the autumn they will not fill out as quickly, and you might end up with some small ones that are quite hot.

You should get hundreds off of one large bush in a season, so don’t be afraid to keep feeding them, there is no harm in always feeding them whenever you water them. Use liquid chilli plant food or tomato plant food. If the leaves start to turn pale then step up the feeding and you should get a good few months out of them.

You can buy the seeds from a number of the bigger seed merchants, but I have always used the Italian Franchi seeds, you get a lot in a packet. 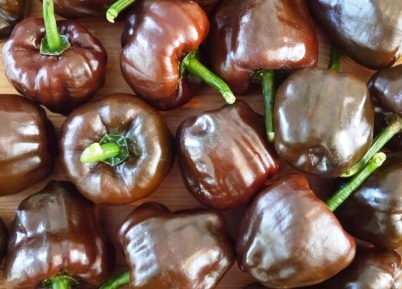 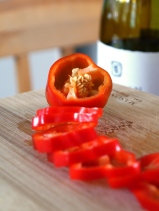 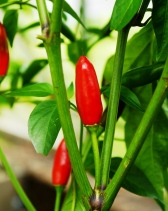 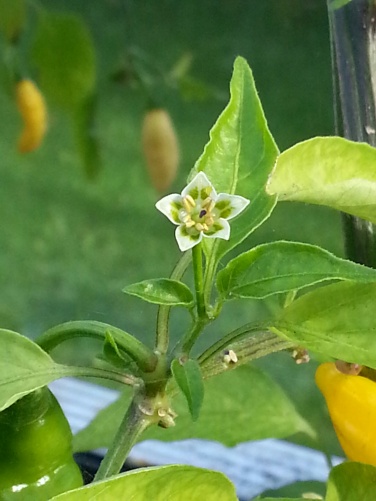 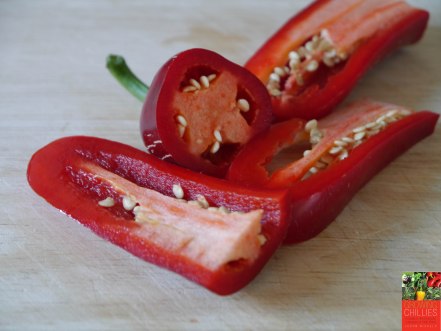 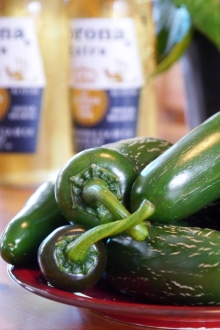 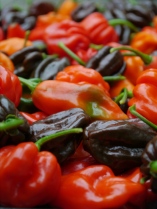 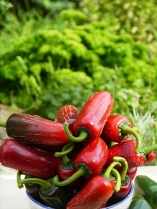 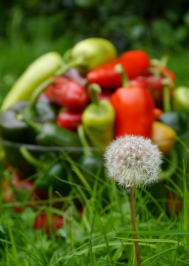